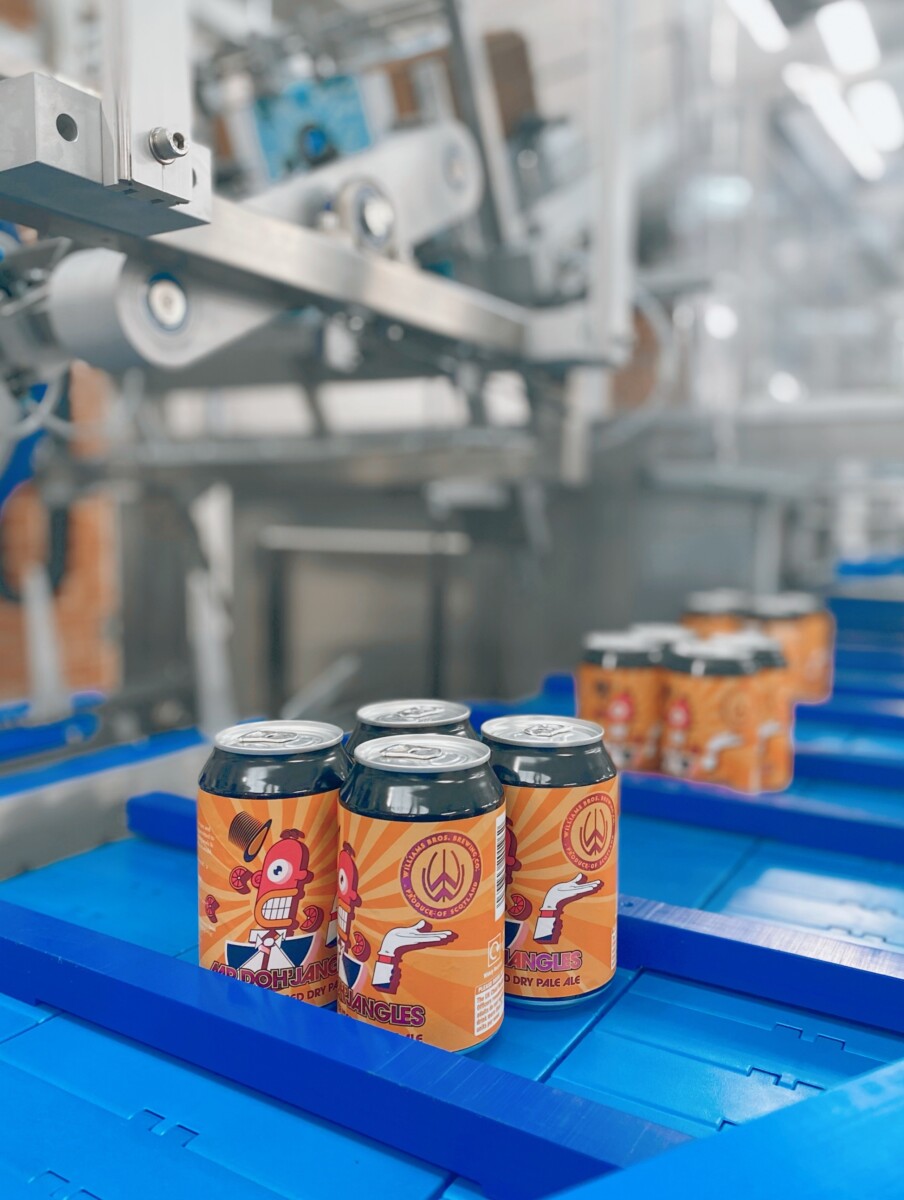 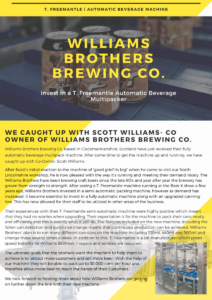 Williams Brothers Brewing Co. based in Clackmannanshire, Scotland have just received their fully automatic beverage multipack machine from T. Freemantle. After some time to get the machine up and running, T. Freemantle have caught up with Co-Owner, Scott Williams.

After Scott’s initial reaction to the machine of ‘good grief its big!’ when he visited T. Freemantle’s North Lincolnshire workshop, he is now pleased with the way it’s running and meeting their demand nicely. The Williams Brothers have been brewing craft beers since the late 80’s and year after year the brewery has grown from strength to strength. After seeing a T. Freemantle machine running at the Beer X show a few years ago, Williams Brothers invested in a semi-automatic packing machine, however as demand has increased, it became essential to invest in a fully automatic machine along with an upgraded canning line. This has now allowed for their staff to be utilized in other areas of the business.

Their experiences with their T. Freemantle semi-automatic machine were highly positive which meant that they had no worries when upgrading. Their expectation is for the machine to pack their cans neatly and efficiently and this is exactly what it will do. The features included on the new T. Freemantle machine, including the fallen can detection and quick size change means that continuous production can be achieved. Williams Brothers’ plan is to run many different can sizes on the machine including 330ml, 440ml and 500ml and change these several times a week. In addition to this, T. Freemantle is a UK manufacturer which poses speed benefits for Williams Brothers if repairs and services are required.

The ultimate goals that the brothers want the machine to help them to achieve is to ‘attract more customers and sell more beer.’ With the help of our machine they will be able to pack up to 30,000 cans per hour and therefore allow more beer to reach the hands of their customers.

Give us a call, send us an email or fill out the contact form and one of our experienced team members will be straight in touch to offer you some further information on our market leading cartoning and sleeving machines. We have a team of both food industry and beverage industry specialists on hand to answer your questions.